The Causes of Dissociative Disorders in the technological Era 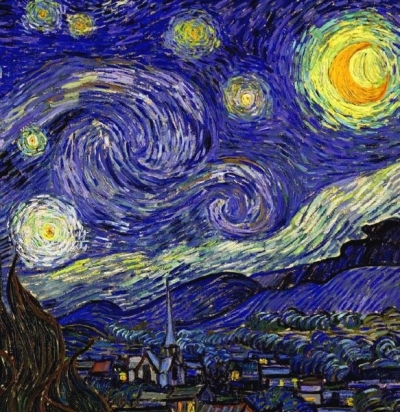 Today, the galaxy arising from the intelligence of computers is threatened by the collision against these new universes, a world made of supernova and bright stars, which are mass and audiovisual media. The sound or visual signals that they transmit are easily received and assimilated in different ways, their repetition ensures a long-lasting influence.

You do not have to be specialists to realise the extraordinary demand for psychology, its description, its application in the third millennium, so obscure and chaotic due to the development of modern technologies (Internet, mobile phones, etc.)

More or less explicitly, our contemporaries want to understand and be understood; “understand” because it is the first step towards absolute freedom; “be understood” since it is the necessary condition to be recognized, accepted, integrated.

We can question the origins of these needs and of this contemporary anxiety: once problems were faced by a small group of thinkers - belonging to the so-called "intellectual class"; today they have involved everyone. Why?

The first answer is quantitative: men are more numerous, therefore mutual problems have become more frequent; they also live in big cities, which have nothing to do with those of the past.

Due to demographic over-density, disputes and conflicts are more frequent.

In the empty world of some millennia ago, man was a wolf to another man.

Today, in the crowded spaces of our contemporary world, man is an annoyance to the other men!

After all, men are so numerous and - at least in industrialized societies - more educated and informed.

The civilization era of paper, books, and newspapers has revolutionised the old world, but with an action primarily addressing the ruling classes, that is those individuals who made the effort necessary to acquire, preserve and contain a suitable knowledge.

Today, the galaxy arising from the intelligence of computers is threatened by the collision against these new universes, a world made of supernova and bright stars, which are mass and audiovisual media.

The sound or visual signals that they transmit are easily received and assimilated in different ways, their repetition ensures a long-lasting influence.

The ease of transmission ensures an incredible diffusion among such a large audience that, in some cases, (election results, great scientific discoveries, death of a famous person, etc. ...") the whole mankind, nation or group of nations, is involved in the information process.

This new man is open towards the world, but every opening involves the risk of losing our defences and barricades.

And this is precisely what is happening.

The twenty-first-century man is going through a change, a revolution in his life, habits, beliefs and models, that is, of the patterns that determine his attitudes towards crucial problems.

Therefore, there are some gaps in contemporary existence and, all of a sudden, these gaps and failures lead to a crisis, individual or collective, which bewilders those who cannot grasp the essential meaning of things.

We will study together this modern phenomenon, these questions which modern psychology will try to answer.

Read 1210 times Last modified on Friday, 29 September 2017 18:50
Tweet
Published in Psychology of the Man of the New Millennium
Tagged under